Eye Of The Sahara 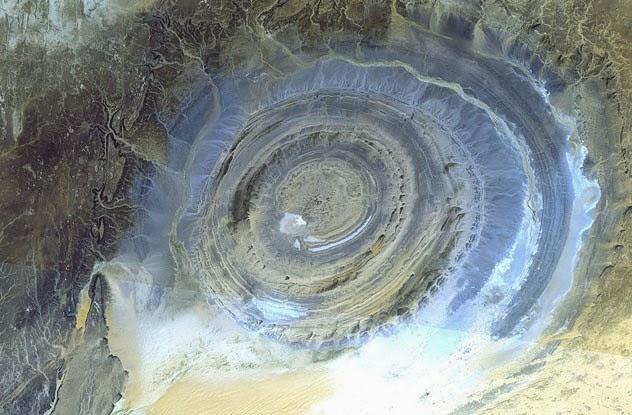 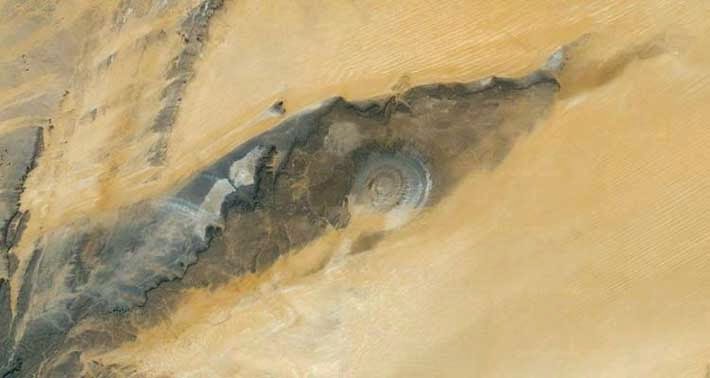 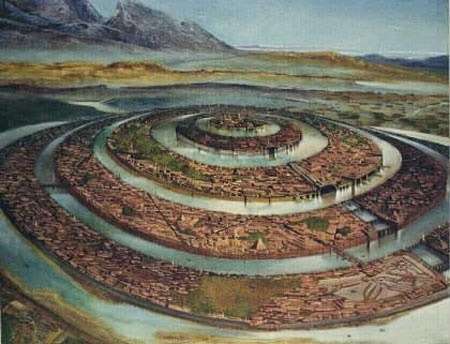 Atlantis main Island according to the text of Plato in Timaeus & Critias written in 360 BC.

The Richat Structure, also known as the Eye of the Sahara or blue eye of Africa, is a prominent geological circular feature in the Sahara desert in Mauritania near Ouadane. It is nearly 50 kilometers across and very visible from space. Initially interpreted as an asteroid impact structure because of its high degree of circularity, and then as a structure formed by a volcanic eruption that also seems improbable because of the lack of a dome of igneous or volcanic rock, it is now argued to be a highly symmetrical and deeply eroded geologic dome that collapsed. So it is now thought by many to have been caused by uplifted rock sculpted by erosion. But the fact that the "rings", are equidistant to the centre and that the Richat Structure is nearly circular remains a mystery.

And new questions arise. Some people are amazed by the resemblance of this structure with the representation we have of Atlantis by Plato. According to Plato, the island was circular, divided into concentric circles of land and water: "There were 2 of land and 3 of water... Atlantis when sunk by the earthquake became an impossible barrier of mud to voyagers sailing from hence to any part of the ocean..." And he spoke about a mount sheltering the city by North and "and encompassing a great plain of an oblong shape in the south "...etc... Atlantis in Greek means Atlantis, nesos : the island of Atlas. And we get near the geologic eye at the North the Mount Atlas. According to Plato, Atlantis was lying "in front of the Pillars of Hercule", and we are there just in front from South and not beside from East or West as many authors are searching...