The Mystery of the Voynich Manuscript 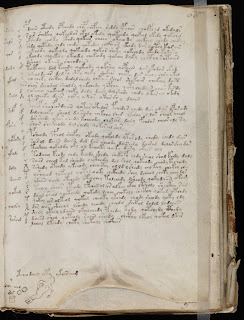 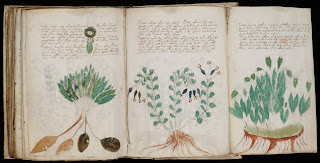 
In 1912 Wilfrid Voynich, an American rare-book dealer, made the find of a lifetime in the library of a Jesuit college near Rome: a manuscript some 230 pages long, written in an unusual script and richly illustrated with bizarre images of plants, heavenly spheres and bathing women. Voynich immediately recognized the importance of his new acquisition. Although it superficially resembled the handbook of a medieval alchemist or herbalist, the manuscript appeared to be written entirely in code. Features in the illustrations, such as hairstyles, suggested that the book was produced sometime between 1470 and 1500, and a 17th-century letter accompanying the manuscript stated that it had been purchased by Rudolph II, the Holy Roman Emperor, in 1586. During the 1600s, at least two scholars apparently tried to decipher the manuscript, and then it disappeared for nearly 250 years until Voynich unearthed it. Voynich asked the leading cryptographers of his day to decode the odd script, which did not match that of any known language. But despite 90 years of effort by some of the world's best code breakers, no one has been able to decipher Voynichese, as the script has become known. The nature and origin of the manuscript remain a mystery. The failure of the code-breaking attempts has raised the suspicion that there may not be any cipher to crack. Voynichese may contain no message at all, and the manuscript may simply be an elaborate hoax.
Critics of this hypothesis have argued that Voynichese is too complex to be nonsense. How could a medieval hoaxer produce 230 pages of script with so many subtle regularities in the structure and distribution of the words? But I have recently discovered that one can replicate many of the remarkable features of Voynichese using a simple coding tool that was available in the 16th century. The text generated by this technique looks much like Voynichese, but it is merely gibberish, with no hidden message. This finding does not prove that the Voynich manuscript is a hoax, but it does bolster the long-held theory that an English adventurer named Edward Kelley may have concocted the document to defraud Rudolph II. (The emperor reportedly paid a sum of 600 ducats--equivalent to about $50,000 today--for the manuscript.)
Perhaps more important, I believe that the methods used in this analysis of the Voynich mystery can be applied to difficult questions in other areas. Tackling this hoary puzzle requires expertise in several fields, including cryptography, linguistics and medieval history. As a researcher into expert reasoning--the study of the processes used to solve complex problems--I saw my work on the Voynich manuscript as an informal test of an approach that could be used to identify new ways of tackling long-standing scientific questions. The key step is determining the strengths and weaknesses of the expertise in the relevant fields.
Baby God's Eye?
The first purported decryption of the Voynich manuscript came in 1921. William R. Newbold, a professor of philosophy at the University of Pennsylvania, claimed that each character in the Voynich script contained tiny pen strokes that could be seen only under magnification and that these strokes formed an ancient Greek shorthand. Based on his reading of the code, Newbold declared that the Voynich manuscript had been written by 13th-century philosopher-scientist Roger Bacon and described discoveries such as the invention of the microscope. Within a decade, however, critics debunked Newbold's solution by showing that the alleged microscopic features of the letters were actually natural cracks in the ink.


GORDON RUGG became interested in the Voynich manuscript about four years ago. At first he viewed it as merely an intriguing puzzle, but later he saw it as a test case for reexamining complex problems. He earned his Ph.D. in psychology at the University of Reading in 1987. Now a senior lecturer in the School of Computing and Mathematics at Keele University in England, Rugg is editor in chief of Expert Systems: The International Journal of Knowledge Engineering and Neural Networks. His research interests include the nature of expertise and the modeling of information, knowledge and beliefs.
Posted by Mitch Williamson at Monday, June 21, 2010