Minotaur in the Labyrinth 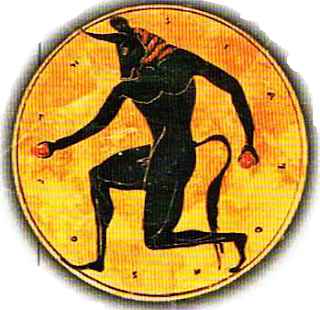 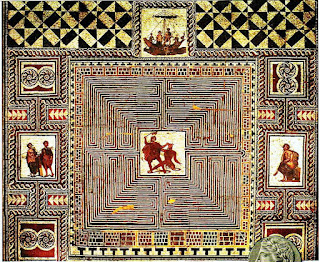 In Greek mythology, the Minotaur was a monstrous creature with the head of a bull on a man’s body. Like many other mythological monsters, the Minotaur had a ravenous appetite for human flesh. He was eventually slain by a worthy hero with the help of a resourceful heroine.

The Minotaur—which means “Minos’s bull”—was born in the palace of King Minos (pronounced MEYE-nuhs) of Crete (pronounced KREET), a large island south of Greece. Some time earlier, the sea god Poseidon (pronounced poh-SYE-dun) had sent Minos a pure-white bull to be sacrificed in his honor. When the king saw the magnificent creature, however, he refused to kill it. This angered Poseidon, who arranged for Minos’s wife, Pasiphaë (pronounced pa-SIF-ah-ee), to fall in love with the bull. The offspring of their unnatural mating was the Minotaur. The king imprisoned the Minotaur in the Labyrinth (pronounced LAB-uh-rinth), a maze built by a craftsman at his court named Daedalus (pronounced DED-uh-lus).

In later years, after the people of the Greek city of Athens killed one of Minos’s sons, the Cretan king called down a plague on their city. Only by agreeing to send seven young men and seven young women to Crete every year could the Athenians obtain relief. These youths and maidens were sent into the Cretan Labyrinth, where the Minotaur devoured them.

The Minotaur in Context
Some scholars suggest that the myth of the Minotaur arose out of ancient rituals in which a priest or king donned a bull mask before performing sacrifices. The Labyrinth may have represented the ancient palace at Knossos on Crete, which was a sprawling complex of chambers and hallways. In addition, the tale reflects ancient Greek ideas about women and infidelity. Unlike many male characters in Greek mythology, Pasiphaë does not seek to love the bull, but is forced to do so through the magic of the gods. This reflects the much lower incidence of female infidelity in ancient Greece. However, the child she bears is hideous and must be hidden from the outside world, which also reflects the enormous stigma—social disapproval—that was attached to wives who were unfaithful.
Posted by Mitch Williamson at Wednesday, March 28, 2012