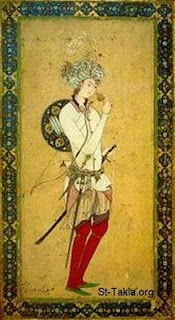 While hidden powers sometimes rule in secret, acknowledged rulers sometimes choose to hide their power and go undercover. Known instances of this are rare, but there are two from widely different cultures that stand out. Haroun al-Rashid (c763–809 CE) was the greatest of the Abbasid caliphs. He ruled an Islamic empire that stretched from Persia to Egypt and from Yemen to the Black Sea, and the fabulous splendour of his court and of his capital, Baghdad, is immortalised in The Book of the Thousand and One Nights, in which he features frequently. Haroun, whose title translates into the rather less romantic sounding ‘Aaron the Upright’, became caliph at the young age of 21 but was shrewd enough to appoint good ministers. One of the most notable features of his enlightened reign was the effort he made to improve the quality of life in Baghdad. Numerous hospitals, amounting to a sort of medieval health system, were set up, as were temples, schools and a postal system. Security was improved with a kind of municipal police force. Legal reforms were instituted to ensure just treatment for all citizens (although slavery was also a major feature of life).

Nevertheless, Haroun’s life of luxury and splendour in his fabulous palace was still very far removed from the difficult daily lot of his subjects. Perhaps he realised this, because his concern for their welfare drove him to take the unusual step of going among them. At night he would disguise himself, slip out of the palace and wander the streets and bazaars, listening to conversations and talking to ordinary people. In this way he could discover grievances, find out what was unpopular and learn whether his administration was dealing justly with the common people.

How much impact Haroun’s incognito adventures had is impossible to say, but he was a very successful ruler. In international terms his influence was felt from China to Europe, where he made alliance with Charlemagne against their common foe, the Byzantines. More relevantly, in domestic terms Haroun’s rule encouraged a secure and tolerant culture in which arts, learning, science and the trade and industry that made Baghdad and his court so fabulously wealthy could flourish.