THE GREEN MAN IN MYTH 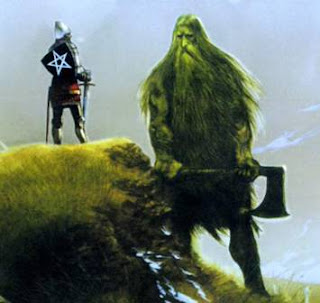 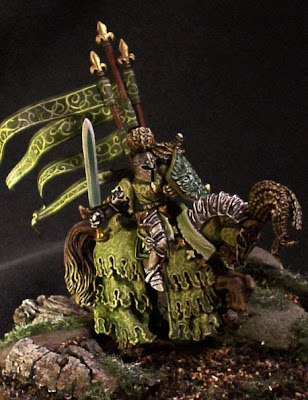 When we hear the word “mythology,” we think of stories, fables, and fairy tales. Nevertheless, myth is not make-believe. Myth is based on true events and real people — somewhat exaggerated over time, true — but not fairy tales. Mircea Eliade defined “myth” as “‘living’ in the sense that it supplies models for human behavior and, by that very fact, gives meaning and value to life.” It was only with the predominance of Christian thinking that myth came to mean “fiction” and “illusion,” and worse, as “falsehood.” Eliade noted that myth came “to denote ‘what cannot really exist’” in our contemporary society. The mythology of the Green Man is a living mythology. The “meaning and value” it gives to our lives is fluid and continues to unfold and evolve for us.

The story of Gawain and the Green Knight, which is really a poem, was written in the 14th century — a time when many of the foliate heads were being carved on the cathedrals of Europe. Since the time of Gawain and the Green Knight, a variety of myths and legends of a more contemporary setting have originated. Some of these legends (some that can be defined as “urban legends”) have appeared in the later part of the 20th century — at a time when the foliate head has again become “popular,” occurring in mainstream society via jewelry, wall plaques, statuary and garden decorations. In this chapter, we will look at a few of the older as well as more recent legends of the Green Man. Before we enter the realm of myth and legend, let us consider the importance of green. Is the color itself important in our study? Does the color alone symbolize the underlying meaning of the Green Man?

Sir Gawain and the Green Knight

One of the best-known stories of the 14th century is that of the nephew of King Arthur, Sir Gawain. Written during the peak of popularity of the Green Man stone and woodcarvings, the author of this famous poem remains unknown but is believed to have been a resident of northwestern England. The poet is also a sophisticated and talented alliterative stylist, adept in the style that was common during the older Anglo-Saxon period. The poetic story, as summarized by Richard Cavendish:

At Camelot on New Year’s Day there rode into Arthur’s hall a gigantic green warrior on a towering horse, holding a holly branch in one hand and an immense battle-axe in the other. His skin was green, his hair was green, and even his horse was green. He had come to play what he called a game. Any champion who dared could strike him one blow with the axe, on condition that a year later the champion submits to a return blow from the Green Knight. Gawain took up the challenge and struck the Green Knight a blow that cut his head clean off his shoulders and sent it rolling to the floor. The Green Knight calmly picked up his head by the hair and turned the face towards Gawain. The eyelids opened and the mouth spoke, telling Gawain to meet him for the return blow a year later at the Green Chapel.

The year passed and Gawain set out on his journey to the Green Chapel to meet the gigantic Green Knight.

After a long journey he came to a noble castle, where he was welcomed by the jovial Sir Bercilak and his lovely young wife. He stayed there until New Year’s Day, royally entertained by Bercilak and, though sorely tempted, resisting the persistent attempts of Bercilak’s wife to seduce him.

On New Year’s Day Gawain went as he said he would to the Green Chapel. There “the Green Knight appeared and Gawain bravely bared his neck for a stroke of the axe. The Green Knight raised the axe high, but struck Gawain only a glancing blow, which nicked his skin. He then explained that he was Sir Bercilak, transformed into the Green Knight by the magic of Morgan le Fay, who had planned the whole adventure in the hope of discrediting the Round Table. Gawain had been spared because he had honorably refrained from making love to Bercilak’s wife and had shown himself to be the most faultless knight in the world.

How do we associate the Green Knight to the Green Man? This was obviously a test for Gawain, and one he passed, but this is also a story of “truthbringing” through a mixture of pagan ritual and the confused teachings of medieval Christianity. The poem also is an alliterative telling of the turning of the year, taking place at a time between two winters, which signifies a time of death of vibrant vegetation, and then a changing back to life through renewed growth, and then again, a return to death. The Green Knight is beheaded, and through his sacrifice he shows that life still goes on and, as John Matthews notes, “he challenges us to honor the sacrifice he makes every winter.” In addition, according to Matthews, the poem tells us that “one of the gifts of the Green Man is that he instructs us in how to face our deepest fears and conquer them. In this way he becomes a companion as well as a challenger, a dual role that is present in the archetype in virtually all of its manifestations.”

Other associations with the Green Man are found in the Green Knight’s long hair and beard, both green of course. His beard “is like a bush…his long green hair covers his chest and back…down to his elbows. He carries a holly branch in one hand…”

As the poem reads:

Men gaped at the hue of him

Ingrained in garb and mien,

And all a glittering green.

And garments of green girt the fellow about —

And verily his vesture was all vivid green,

So were the bars on his belt and the brilliants set

In ravishing array on the rich accouterments

About himself and his saddle on silken work.

…Yes, garbed all in green was the gallant rider,

…the Green Knight’s combination of greenness, hairiness, energy, earthiness and mainly rough, imperative speech incline us irrevocably to think of two common medieval types, one an outcast and the other a rural deity. The wild man of the woods, the “wodwose,” was often an outlaw who…had developed sub-human habits and the fierce unpredictable behavior of a wild beast. The green man, on the other hand, was a personification of spring, a mythological supernatural being who persists to this day in English folk dance and in the name of many pubs.

The Green Knight is a mixture of the heroic tales of knights, of Christian value teaching and of the lore of the pre-Christian god of vegetation and the Wild Men. The tale of the Green Knight continues into “modern” times through the festivals of the Mummer Plays. I do not believe that we can interpret the Green Knight’s actions in this poem as easily as Matthews seems to. Sir Gawain and the Green Knight does indicate that the underlying archetype was equally important in the 14th century to the literate and peasant classes in England, through storytelling and carved images, as he is universally important today as exhibited through carvings, novels and other forms of expression.

Professor Christopher Fee believes that the poem is “concerned with decapitation and fertility, and these concerns have important implications regarding comparative British mythology. The Celtic incarnation of the Green Man motif is reflected in this poem’s treatment of the relationship between the beheading of the Green Knight and the changing of the seasons….”

Littleton and Malcor noted that the “Green Knight may derive from Cernunnos, the god of abundance and forests,” which would seem to directly link the mysterious knight to the Green Man and the gods of vegetation.