HOLY GROVES OF THE ANCIENT WORLD 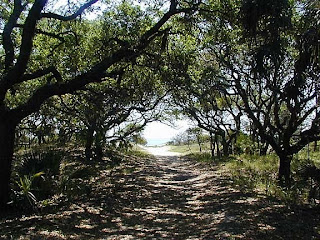 No one can determine when the first grove of trees was designated as “sacred” — to be used only for religious ceremony and ritual, to be protected at any cost. However, there is abundant information that indicates that such groves existed throughout Europe and the Near East thousands of years before Christianity.


“The Votiaks of Eastern Russia,” states early 20th century folklorist Charlotte Burne, “have sacred woods, where not a single tree may be cut down, or the god of the place will avenge the injury. In the midst of such a wood there is often a hut, or simply an altar, on which animals are offered in sacrifice.”


Similar traditions existed throughout the world. Every tree in Swedish sacred groves was regarded as being divine, and in Lithuania, such groves were often located around homes and entire villages. To break even a twig off one of these trees was a sinful act. Anyone who intentionally cut a bough off a sacred tree was expected to “either die suddenly or was crippled in one of his limbs.”


A certain “species” of Swedish elf were called Grove Damsels or Grove Folk. It was their responsibility to live in the sacred grove and protect the trees and animals living there.


Cleared areas in the midst of groves were often used for worship in Finland and Estonia. Frazer tells us that “such a grove often consisted merely of a glade or clearing with a few trees dotted about, upon which in former times the skins of the sacrificial victims were hung. The central point of the grove… was the sacred tree, beside which everything else sank into insignificance.” Altars were set up in the middle of the glade under the sacred tree and animal sacrifices were offered up to the spirits and gods of the trees.


In most areas, only the priest classes were allowed inside these groves, but in some areas the sacred grove promised protection to any who entered. A particular cypress grove located on the Acropolis was haven to any fugitive who reached it, and they would hang their discarded chains from the limbs of the holy trees.


Early Roman visitors described the groves of the Druids as dark and terrifying places. Wooden figures of the gods were placed in these groves, with the effect of the “ghastly pallor” of the figures effectively terrifying the worshippers.


One of the great Druidic groves in southern Gaul was cleared by Caesar’s troops in an effort to remove the spiritual power inherent in the grove. Another sacred grove on Anglesey was destroyed in 59 CE and yet another, located in what is now Bath, England, was cleared a few years earlier, around 43 CE. The Romans constructed a military road through the sanctuary within thirty meters of the sacred spring, thus removing the sanctuary from local control. However, twenty years later, after Rome had taken firm control, the road was removed. The sanctuary was rededicated to the Roman goddess Minerva, and the grove replanted. Davidson notes that even the Irish King Brian Boru, during the Viking Age, “spent a month wreaking destruction on the sacred wood of Thor near Dublin.”


There is some evidence that the Celts actually created sacred groves in certain areas where natural ones did not exist. The Oxfordshire Lowbury Hill site is one such example. First excavated between 1913 and 1914, and again in the 1990s, Lowbury was a sanctuary with a boundary of planted trees that marked the sacred enclosure area. Constructed during the 1st and 2nd century CE, the artificial grove enclosed a temple building which has yielded a large amount of votive offerings, such as spears and coins and at least one burial