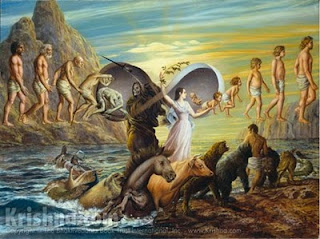 Since the earliest days of organized religious expression there have always been those who preferred seeking the individual mystical experience as their personal doorway to other dimensions of reality and the world beyond death. These mystics found the doctrines and dogmas of structured religion to be too inhibiting, too restrictive, and not at all conducive to the kind of personal relationship with the holy which they so desperately sought. Regardless of the religion or the culture from which they sprang, all mystics have as their goal the transcendence of the earthly self and union with the Absolute.
While the ancient mystery schools were built upon the worship of a particular god or goddess, the contemporary mystery schools have been built around the charisma and the spiritual teachings of a psychic sensitive, a medium, or a prophet. Since the latter part of the nineteenth century, in Europe, Great Britain, Canada, and the United States, the men and women who are most often attracted to the modern mystery schools are those who have grown dissatisfied with the teachings of Christianity and what they consider to be its restrictive religious doctrines concerning the afterlife and rebirth. Each of the contemporary mystery schools examined in this section— Anthroposophy, the Association for Research and Enlightenment, and Theosophy— accept the concept of reincarnation and blend many of the beliefs of Christianity and Judaism with traditional teachings of Hinduism and Buddhism.
In his classic work, The Varieties of Religious Experience, William James (1842–1910) has this to say regarding the oneness and unity of the mystical traditions: “This overcoming of all the usual barriers between the individual and the Absolute is the great mystic achievement. In mystic states we both become one with the Absolute and we become aware of our oneness. This is the everlasting and triumphant mystical tradition, hardly altered by differences of climate or creed. In Hinduism, in Neoplatonism, in Sufism, in Christian mysticism… we find the same recurring note, so that there is about mystical utterances an eternal unanimity…perpetually telling of the unity of man with God.”
Many scholars of the early Christian church believed strongly that the various church councils had erred in removing reincarnation from official doctrine. The Gnostics, who strongly influenced early Christian doctrine, believed in reincarnation, and when the teachings of Origen (185 C.E.–254 C.E.), who championed preexistence, was anathematized in 553, they, along with other believers in reincarnation, were condemned as heretics. In later centuries, those who held Gnostic views were forced to remain silent regarding their beliefs in reincarnation, so they very often formed their own sects and schools of thought, such as the Cathars, the Knights Templar, the Rosicrucians, and the Albigenses.
Because many serious-minded Christians believe that there is evidence in the gospels that Jesus (c. 6 B.C.E.–30 C.E.) himself believed in reincarnation, they are comfortable with Hindu and Buddhist concepts of past lives and karma and see no conflict with their traditional belief in Christianity. Dr. Gladys McGarey is a member of the Association for Research and Enlightenment, the contemporary mystery school based on the medical and past-life readings of Edgar Cayce (1877–1945). The daughter of Christian missionaries and a medical doctor who employs the concepts of past lives in her practice, McGarey has expressed her belief that Jesus came to offer humankind the law of grace to supersede the law of karma.
“I believe sincerely that when Jesus said that he came to fulfill the law and not destroy it, he was referring to the law of karma, the law of cause and effect, which is superseded by the law of grace,” she said. “If we are functioning under the law of karma, it is as if we are walking away from the Sun and walking into our own shadow—which means we are walking into darkness. But if we turn around and walk toward the Sun, then we are walking toward the Light, and that is great. To me, the light of the Sun—whether you spell it son or sun is a symbol of moving in the law of grace. The law of grace does not take away the karmic pattern, it just makes it so I don’t have to hurt myself as I move through the karma that I have created.”
Posted by Mitch Williamson at Tuesday, February 23, 2010