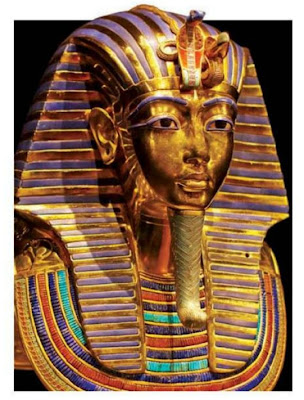 Apart from two world wars, the slaughter of millions by totalitarian regimes and, though less certainly, the extension of Homo sapiens' dominion to the moon, no single event in the twentieth century had so profound an impact, nor set up so many resonances, as the discovery of the tomb of Nebkheperu-Ra Tutankhamun (c. 1333-1323 BC) in the Valley of the Kings in 1922. The story has been told countless times: how Howard Carter and his employer, the Earl of Carnarvon, after years of largely fruitless excavation in Egypt, in virtually the last days of their concession to dig in the Valley came upon the burial place of the least of the monarchs of the New Kingdom and found it a treasure trove the like of which the modern world had never seen. At once all the stories which had entranced generations since storytelling began, of the finding, in a remote and secret place, of treasures beyond computation, were given the force of truth.

The effect of the discovery was extraordinary. In the immediate aftermath of a particularly dreadful conflict which had caused the deaths of millions, which had destroyed a world which had endured, largely unchanging, for centuries, and which was the prelude to world-wide repression, depression and deprivation, the discovery of this golden boy and his incalculable riches was bound to be an event of great power. It was the more so since, for the first time, the distant past could be brought to life by the application of all the techniques of modern publicity and media exploitation. This last consequence of the discovery has continued without abatement ever since.

The contents of Tutankhamun's small, hidden tomb, with its six little rooms-the very modesty of their scale made it easy for a wide public to identify with them, if not so readily with what they contained-were, in Carter's word, `wonderful'. The abundance of gold and gilding alone would ensure that a world increasingly bereft of splendour would respond with wonder and delight at their revelation. Whilst honesty compels the observer to acknowledge that some of the objects with which the king was buried were, when judged by the highest standards of Egyptian art, of dubious taste, some are superlative: most are of outstanding craftsmanship, even when the design is not of the happiest.

Tutankhamun's tomb reveals the heights which Egyptian technique, especially in wood-carving, gilding and the making of fine jewels, had achieved in the New Kingdom. Workers in precious metals and in a thousand specialisations were recruited, organised and set to work on the king's treasury for the afterlife, all to be completed in the seventy days from death to the final interment in his House of Millions of Years. His tomb was entered by robbers, probably not long after his burial. For whatever reason they left hurriedly, and did not return. The tomb was then entirely forgotten until the twentieth century.

Tutankhamun's paternity is still doubtful, though it is likely that he was a son of Akhenaten, by one of his lesser wives, not by Nefertiti. He was a child when he succeeded: a charming object from the tomb, the golden haft from a walking stick, shows him as a chubby little boy, wearing the warrior's blue crown and holding himself very upright with his stomach drawn tightly in, as no doubt his tutors had instructed him. Little is known of his reign, though it is clear that the priests of Amun who had been dispossessed by Akhenaten reasserted their authority, moved the capital back to Thebes, renamed the king, hitherto Tutankhaten, and execrated `the Heretic of Amarna', cutting away his name wherever it was to be found in inscriptions. But, though his life was obscure and his reign relatively unimportant, the excavation of Tutankhamun's tomb gave the world some idea of what it was to be a king of Egypt.

Part of the significance of the recovery of Tutankhamun, for his body was preserved as well as his regalia and possessions, was accounted for by the fact that he was so small a king, amongst the least of the great monarchs who had enjoyed the Dual Kingship, whose very existence had been questioned only a short time before Carter found him in the Valley. If the discovery had been of one of the great Thutmosids or Amenhoteps, for example, paradoxically the impact might not have been as great as the finding of this boy, the formulation of whose given name was unique in all the annals of Egypt before or after his brief lifetime; he died when he was probably about 19 years old.

Thus this most obscure of the kings of Egypt became the most familiar of all, his name applied to countless objects, designs, films and books. It was as if the world had been waiting for his return; the myth of the Returning King is an enduring one and in Tutankhamun's case it had become reality. He was the archetype of the Young Prince, the Beautiful Boy, the Puer Aeturnus, who awaits rebirth constantly in a variety of forms, some benign, some deeply menacing.

But Tutankhamun was all light. The scenes which showed him, with his young wife, hunting in the marshes on his skiff and in the myriad of ushabti figures, some of the finest carvings in the tomb, portray a young prince, carefree and by no means especially god-like.

The portraits of Tutankhamun in his tomb show a remarkable consistency which suggests that they are close to actual likeness. He is represented as quite exceptionally beautiful, an essential quality of the archetype; following the reign of Akhenaten, when there was some attempt to represent the royal family naturistically, a practice which continued in Tutankhamun's lifetime, it can, with reasonable assurance, be assumed that the portraits show the king much as he was. In later years, had he lived, he would no doubt have grown as portly as his likely grandfather, Amenhotep III, whom he somewhat resembles. But Tutankhamun was never to be old.

The circumstances of his burial were remarkable enough. His mummified body, badly affected by the action of the resins in the process which was supposed to preserve it, was contained in a series of magnificent gold coffins, each one with a representation of the king, each subtly different as though the craftsmen were representing the king in different moods, or, simply, as he was seen to each. One of the coffins, the second, was probably intended originally for Smenkhkara and hence is not a portrait of Tutankhamun at all.  The coffins, one inside the other, are hugely bulky; in turn they are contained inside a series of three wooden shrines, which carry on them a version of the Book of the Dead, the spells and prayers designed to carry the King safely to the afterlife, which descend ultimately from the ancient Pyramid Texts, through the Coffin Texts of the Middle Kingdom. The shrines are built on the scale of rooms; the outer shrine is notable for the four exquisite figures of goddesses who stand by them, their wings and arms outstretched protectively around the king's mummy. Even so small a king as Tutankhamun could expect to have gods and goddesses at his service.
Posted by Mitch Williamson at Thursday, October 04, 2012