Mysteries of pristine Kimberley wilderness are being unravelled at last 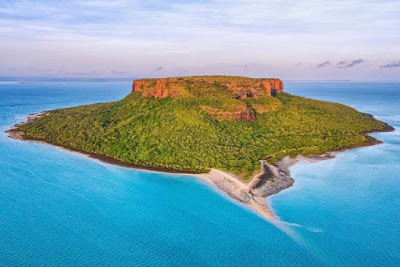 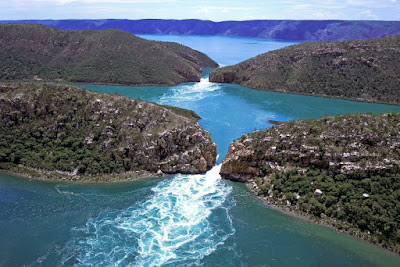 Horizontal Falls demonstrates the extreme tides of the Kimberley.

The natural mysteries of the Kimberley, one of Australia's last pristine habitats, have been documented like never before thanks to a multi-million-dollar project.

More than 200 scientists worked over five years in collaboration with local Indigenous groups to conduct what was one of the largest marine science studies undertaken in Australia.

Kelly Waples from the WA Marine Science Institution said it had given researchers an unprecedented understanding of the region's signature reefs and wildlife, including whales, dugong and saltwater crocodiles.

With the onset of climate change and increasing levels of human activity, Dr Waples said gaining a better understanding of the Kimberley's extreme ecosystem was vital for its protection.

Isolated for thousands of years from large human populations, the Kimberley's rugged coastline and high tidal movements have allowed plant and animal species seen nowhere else to flourish.

"The way the ecosystem is set up is a bit different to other places, and we need to understand that to be able to manage the area for the future," Dr Waples said.

Researchers from 25 organisations were tasked with cataloguing the unique biodiversity and determine how it survived and co-existed in such a harsh environment.

Saltwater crocodile populations were found to be on the rebound, with a 256 per cent increase in numbers in the past 30 years.

High-priority nesting areas for marine turtles, which are being significantly affected by warming sea temperatures, were identified along the coastline.

Surveys of the sea floor found almost 2,200 species including sponges, molluscs and crustaceans.

Whale researchers now know more about the mammals' distribution throughout the Kimberley coast, including the role of Camden Sound as a major calving area for humpbacks.

Ground-breaking data also suggested that calving areas might extend along the Dampier Peninsula, a popular tourist destination north of Broome.

New species of coral were documented for the first time, as scientists tracked the recovery of reef systems from widespread bleaching linked to climate change.

Working with Indigenous people was an essential part of the project that, Dr Waples said, helped to employ local knowledge and foster skills among remote community residents.

"One of the best lessons I've learned from the Kimberley is to recognise Indigenous knowledge, to recognise there was a lot of value in that," she said.