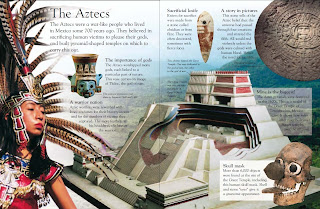 The Basin of Mexico served as the seat of power for the Aztec empire. This lake-dominated valley had been a popular settlement choice for a long succession of sedentary peoples, and indeed Teotihuacan is located in its northern region. Beginning around 1200, several hunting and gathering groups moved south into more fertile regions from the dry northern deserts. Leaving their original homeland of Aztlan (as yet unidentified), seven of these groups stopped at Chicomoztoc, or Seven Caves, and undetermined location in present-day northern Mexico. While historical accounts offer varying ethnic identifications, these groups moved south and settled in key locations around the Basin of Mexico and in valleys to the east, south, and west. These included the Acolhua, who established themselves east of Lake Texcoco; the Tepaneca, who settled to the west of the lake; the Xochimilca and Chalca, who took up residence in the south of the basin, and the Matlatzinca, Tlahuica, and Huexotzinca, who settled in neighboring valleys. In each case, the people and their cultures blended with the resident sedentary populations.

The last to arrive were the Mexica who, after a dramatic arrival and turbulent relationships with resident polities, established themselves on a small island in Lake Texcoco in 1325. They named their city Tenochtitlán; it was to become an enormous metropolis and center of the Aztec empire.

From 1325 until 1428 the Mexica pursued longstanding and widely accepted strategies on their road to ultimate imperial dominance. Renowned warriors, they served as mercenaries to the most powerful polity in the Basin of Mexico, Azcapotzalco (flourished c. 1300– 1428). Their successes on the battlefield earned them lands, tributaries, and wealth, which they used to enhance their resource-poor island settlement. They concentrated on building and expanding their urban center beyond its small island setting and into the lake itself by claiming lands from the shallow lake bed. Ultimately (by 1519) the city would house 200,000 to 250,000 people. During this early period they also negotiated strategic elite marriages, particularly with the Colhuacan dynasty in the southern part of the basin. The Colhua claimed descent from the Toltecs, and establishing genealogical ties to that heritage gave the Mexica an enhanced power base and legitimacy to rule. With this dynastic connection forged, subsequent Mexica rulers successfully sought favorable marriage ties with other dynasties in the Basin of Mexico. In short, their first century in the basin provided the Mexica with the military, political, social, and economic foundation for their second century of imperial dominance.